Join our Discord to chat with the devs: https://discord.gg/PuDhM8y

Tales of the Neon Sea is a retro-style pixel-art adventure, set in a fully-realized cyberpunk cityscape where you will encounter innumerous items to investigate, curious easter eggs, and a whole cast of interactive NPCs. You must analyze every detail, and discover the truth that lurks behind the heavy mist…
Take on the role of Rex, veteran cop turned hard-boiled detective. Investigate crime in a future cyberpunk world, where the magnificent sky city blots out the sun — but the neon lights never go out. Solve a strange murder case involving clues from a robot rebellion…
The illusion of the past re-emerges. The weird equipment inside the brain. The mysterious package of evidence. The shadow with a beaked mask. All pointing to a serial murder case from 13 years ago. A semi-mechanical god manipulates the destiny of all in this utopia. Rebels lurk in the dark, in the underground world where chaotic slums and tricks grow. Our detective will scout for clues and end unfulfilled wishes.

Gripping Narrative
Investigate the murder scene, examine the evidence, and use your powers of deduction to solve the case, piece by piece. Once the mist has cleared, will you see the truth — or uncover an even bigger mystery?

Multiple Achievements and Collectable Elements
A variety of hilarious, exhilarating achievements are waiting to be uncovered as you explore a rich and detailed background story.
Hooked on collectors’ fever? You won’t want to miss this.

Rich and Varied Puzzle Design
Puzzles that will challenge your powers of logic, observation skills and patience! These challenges skillfully combine narrative and environmental elements designed to augment your journey in this weird and vibrant world.

Play as a Cat? Of Course!
Feeling lonely on this odd adventure? Take control of a special ‘assistant’: William the black cat. William can travel deeper into areas our detective can’t reach — often proving decisive in identifying and retrieving key evidence!

An Intriguing Dystopian World
If robots had their own god, what would it look like? And if they had the same rights as humans… would they betray us?
When there are no boundaries between flesh and machine… what is life?
This eccentric cyberpunk world holds all the answers…

Oh, almost forgot. You really gotta do something about that puzzle with the cat and the crane. It freakin’ stinks (not the puzzle itself, but the absolute chore of having to walk between plugs, and connectors and the lever. ) my god, is it boring AF.

Guys, there’s a big problem with Xinput.dll with your game. When using a gamepad that utilizes XInput (XboxOne wireless gamepad, for example), the player character will always be stuck walking to the left (because you messed up somehow with the Z-Rotation in the gamepad configuration). 100% sure that it happens in Windows 7 (not sure about Windows 10). If I plug in a regular wired controller, that utilizes Direct Input, it works fine.

This has been reported several times in the game discussion page on steam! You guys must see to this.

Hello! I really admire the beautiful style of your art and very much enjoyed the demo you provide here on itch.io. I see that you sell your game only on Steam. Are there any plans to sell it DRM-free anytime? Or is the Steam-version itself DRM-free? In other words: If I purchase the Steam-version will I be able to play your game without the Steam-client running? Thank you!

This is not a game. It is a chore. A very frustrating and boring chore

Love this. Beautiful! Not sure how I feel about the puzzles. Something about them is a little too hard? And the clue finding is a little nit picky. Other than that, I enjoyed it thoroughly.

This is such a beautiful game! You have crafted such a charming and immersive demo that has me hooked! I had so much fun and the premise behind the entire game makes me pumped to see what the full game has in store! 😀

Thank you for creating such a wonderful and memorable game, it has been a joy to play! I would highly recommend, and if anyone wants to see how I experienced this demo. I’ve got this video here!

What a beautiful game! There’s so much detail in the pixel art and I just love the cyberpunk/neon aesthetic! I can’t express just how much I love the art. The story looks interesting so far and the puzzles are fun. I really like doing the investigation and putting the clues together. The only problems I had were with the keyboard controls, it felt a little wonky. I think it would be better to allow arrow keys to walk and spacebar (or z, x, c) for the enter key. I thought it was strange that we had to hold down E for information/prompts but regular press other times. Also as much as I love cats, the continuous meowing while I was solving the puzzle was a bit annoying. Other than that, I loved the demo! And with some polishing, I know that the game will be amazing!

so beutifull, so misterious, so GOOD.

A retro-style cyberpunk point-and-click adventure game? Well that pretty much ticks all of my boxes!

This demo was really fun to play, I love how many different gameplay elements there are here, from the logic puzzles to the crime scene investigations to the being able to play AS A CAT (needless to say the section with William blew my mind!).

If the whole game is as varied and colourful and witty and fun as these three teaser parts were, we’re all in for one heck of a treat when the full game appears!

I’ll be following the development of this game very closely, and can’t wait to see what else awaits us! Keep up the awesome work =)

As a big fan of cyberpunk work I was pretty quick to notice this one. Visually it’s great! The UI is clean, the character portraits are cool, and the environments are nicely packed and interesting to explore. It was cool switching between different gameplay styles, although the cat segment really threw me for a loop.

Possibly unrelated, but I created a game a few yours ago called Noir Syndrome. The detective/roaming parts of the game felt very reminiscent of the gameplay I worked on back then. If it was an inspiration, that’s totally fine! If not, it’s pretty cool how different people can design these detective games that converge in many ways. Obviously my old game was a much smaller project, so I’m interested to see where you go with this!

I just think the controls are a little uncomfortable, the E I don’t think it’s a good place, you have to move your hand everytime, instead of using the free hand(or the space or shift, so you don’t have to move your fingers every every time). I don’t know but it’s the thing that has anoyed me a little. The enviroment it’s nice and I like everything else, beautyfull and interesting.

The game starts out in fullscreen, but my screen is ultrawide, so a good part of the starting menu is hidden. As such i only see the option to play in chinese and yea. i don’t speak chinese.

Your game looks really great but I found some issues/weird things that are worth mentioning:

1. For those who are playing with just a mouse, whould be really great to add a different hover state over the actions. ( like a hand cursor). Example

2. The idle animations are sometimes too exagerated (especially for BB-X).

3. When some informations are displayed (tooltips etc), why do I need to keep pressing E instead of just a simple press? (with the mouse I just click right away)

4. For someone who is not so keen on cats, on the second stagechapter of the game the frequency of cat sounds is a little annoying. The whole last cat chapter, was a little bit weird and out of place compared with the general AI/ cyberpunk feel and story.

5. The investigation scene of the dead lady is a little bit boring, maybe is taking too long to find some clues or dunno. (also please note that not all the text is displayed correctly Example).

6. The clues, gears and watch minigame is confusing. Even after reading the little info, I still didn’t understand what I need to do. I mean, what needs to be connected to what?

I finished it only after I watched a playthrough on Youtube. maybe make it more simple or add some other posible solutions/options so the players don’t get stuck.

Note 2: also maybe make all the gear teeth the same and not different shapes.

1. Great world detail: your artist have done a good job on making this world alive and rich.

So. this is a little interesting game and I hope you’ll create something good and fun.

What is by far the greatest aspect of this game is in its artistic direction. The pixel graphics here are to die for, hosting a look of professionalism that many AAA companies could only dream of achieving. The colors that beckon each scene, whether bright and majestic or dark and grimy, are sure to attract a large amount of attention. The detail and work put into the designs of the characters, the cities, and the little details, such as button prompts or item icons, are the work of quality I rarely find in video games in general, much less the indie scene. For me, personally, I always find it hard to believe that the majority of people cannot see pixel graphics as anything more than a relic of the past, designated for games that only wish to call back to years prior. Tales of the Neon Sea has shown that pixel graphics can look just as good, if not better, than the hyper-realistic, 3D graphics that most AAA games churn out on a monthly basis. It’s absolutely beautiful, and nothing else can be said than that single statement.

The excessive amount of praise for the visual aesthetic isn’t quite as prominent for the auditory qualities, though I do still feel they can be praised. The background tracks for Tales of the Neon Sea has a sense of moral ambiguity that greatly matches the overall tone of the game. For as insufferable as the long sewer sequence was, I was quite unhinged by the creepy (and overall lack of) sound that played other than general ambience. It felt as though anything could pop up and swarm me at any moment, a feeling of true immersion. (Fun fact: There is one jumpscare hidden in this game that I did not appreciate.) I particularly liked the moodiness of the main theme, along with the relaxing and almost bland serenity of Rex’s home. There’s an emphasis on mood in every area, which is appropriate considering the emphasis on the narrative. While not the most memorable soundtrack out there, I feel the game is overall aided by the detail put into the emotional value of each scenario. 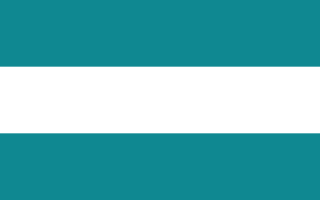 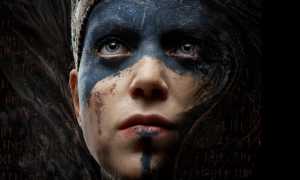