The Back to the Future Game You; ve Probably Never Played

The Back to the Future Game You’ve Probably Never Played

Movie classic Back to the Future hasn’t been treated well in gaming, but there’s one gem worth seeking out.

If you grew up with 8-bit consoles like the Nintendo Entertainment System or home computer of the time, I’d wager you’ll probably remember the painful attempts gaming companies such as serial movie tie-in murderer, LJN, made to bring the classic temporal sci-fi flick Back to the Future to our screens. These games were some of the worst, defecated out onto the market, and bore little to no relation to the events that took place on the silver screen. Often, they were made up of levels that had the smallest, most tenuous link you can imagine to the source material, and they were invariably of poor quality.

Take LJN’s terrible 1989 NES release that’s supposedly based on the first film. This travesty, which bears little resemblance to the movie, features levels where Marty, clad in a black muscle shirt, has to run along the streets of Hill Valley picking up clocks to extend the arbitrary time limit. This is whilst avoiding bullies, giant bees, manholes, and other obstacles. Oh, and he can’t stop running.

Picking up clocks is about the most literal goal to put into a game about time travel, and just goes to show how little effort or intelligence went into making it. Later levels don’t get much better.

One is a blatant copy of Tapper (aka Root Beer Tapper), where Marty has to throw drinks at foes as they approach the café counter. Remember that scene from the movie? I don’t. Then there’s the final scene where Marty is racing in the DeLorean to hit the lightning strike at the clock tower so he can travel back to the future. The odd thing here is the fact that the enemies of the level are – wait for it – lightning bolts, which you have to avoid.

Wait, what? Marty is racing to catch a lighting strike’s 1.21 gigwatts of electricity in the DeLorean’s flux capacitor so he can time travel, and whilst he does that, he has to avoid lightning strikes? Hmmm.

The sequel, also made by LJN and based upon the second and third movies combined, was almost as bad. Although the actual stories of the films were followed a little more closely, focusing on Biff’s alteration of the timelines, the game itself was totally removed from the movie.

Читать еще:  The Procession to Calvary

The game was a side-scrolling platformer where you had to pick up random objects and keys littered throughout various levels, returning objects to their correct time periods. You were given very vague clues, and the levels bore little to no resemblance to the time periods themselves. Enemies were also right out of other Nintendo games, even including rip off Koopas, complete with spiked shells. It was a confusing, badly designed mess, and once again did the source material no justice whatsoever.

Oddly enough, the earlier, and technically inferior Commodore 64 Back to the Future title by Electric Dreams was far closer to the movies in terms of content. It was still a pretty poor game, but in it you had to interact with other characters from the movie, such as Marty’s mum and dad, as well as Biff, and your progress was reflected by the photo Marty carries that shows himself and his siblings vanishing (to be fair, the NES version also has this). You even had to find key objects from the movie, such as the skateboard, guitar, and radiation suit, and explore familiar locales.

Later consoles also got a couple of games, notably the Back to the Future III games of the 16-bit console era (which also appeared on home computers like the Spectrum, Commodore 64, PC, Atari ST, and Amiga). These were once again multi-genre games, with different game types for each level, but few managed to get past the awful first level that saw Doc Brown on horseback trying to rescue Clara. It was poorly coded, far too hard, and simply wasn’t worth the time. Once again, a popular film was snubbed with a poor video game adaptation. As is often the case, simply slapping the movie’s name on a box was enough to sell, so little effort was needed and little effort was provided.

All of these games failed miserably to capture the magic of the series, and they didn’t even feature any of the memorable music from the trilogy (at least any that’s recognizable). The music we all know from the movies, such as “Johnny B Goode” or “The Power of Love” were either absent or terribly reproduced, and even the iconic theme by Alan Silvestri was usually missing. It was a stream of poor showings, that much is certain.

Thankfully, we’ve had a more recent, far better game based on the series, thanks to Telltale games and the Back to the Future adventure series. They certainly capture a lot of the spirit of the movies, but even these didn’t impress everyone. The Back to the Future series is one of Telltale’s least well received, which is a shame.

And yet, in the midst of all of this, there was one good Back to The Future action game, one that managed to mix the worlds of the movies and games into a cohesive and enjoyable title. There’s a good chance you’ve never heard of it, though, as it was only released in Japan.

There’s something odd about the fact that a film rooted in Americana and western culture was only given a good action game by a Japanese developer, and was then only sold in its home market. But that is indeed how it panned out.

The game in question is Super Back to the Future II for the Nintendo Super Famicom (Super Nintendo to most of us, of course).

Developed by Daft, published by Toshiba, and released in 1993, the game is a side-scrolling platformer with a very anime style. You play as Marty, who rides his hover board around the complex levels, using it to perform spin attacks in order to dispatch a variety of enemies. These include police, robots, and boss villains like Griff. And you know what? It all opens with the proper theme tune. Huzzah!

It has an interesting score and collecting system, using collected coins in vending machines to buy extra lives, invincibility power-ups, and the like, and the whole thing is wonderfully colorful and slickly presented. The DeLorean even flies towards the screen in the intro, using Mode 7 for the effect. Nice.

Still, don’t get too carried away. When compared to other classic platformers, this is no award winner. In fact, the controls are a little clunky and the level design verges on the wrong side of frustrating. But it’s still a decent game, and one that does the movies justice. It even replicates some of the famous scenes, such as Biff running his car into the manure truck during the tunnel chase. It’s good, clean platforming fun, and one that’s a whole lot better than the other action games that preceded it.

The reason the game works so well in my opinion is not just because the developer has clearly set out to make a real game, one that can be played and enjoyed, unlike most of the above. But it’s also refrained from sticking rigidly to the films when it’s an impossible task. Granted, I’ve been grumbling that other Back to the Future games have little to do with the story, but hear me out.

Читать еще:  When The Past Was Around - Prologue

Whilst many licensed games can suffer from not sticking to movies at all, as with most of the older games, they also suffer when they try to replicate a movie that really can’t be replicated in game form (the Back to the Future Part II game was guilty of that, too). Often, both problems are present.

As good as Back to the Future is, it’s hardly a film that can be easily adapted into an action game. It’s just not that kind of story. Terminator 2 is the kind of movie that’s prime action game material (and was still butchered when it crossed to video games), but Marty McFly’s adventures aren’t really as fitting for the genre.

Super Back to the Future II, on the other hand, takes the license and likeness of the movies, and does its own thing. It doesn’t try to emulate entire scenes of the movie exactly, and it doesn’t try to force a sequence not from the film into a terribly produced mess. Instead, it focuses on pure platforming, and adds the Back to the Futurestyle to it. The end result is a game that’s more enjoyable than the other action games we’ve had, and one that fits the console mould it sits in.

It’s a Japanese game, so it has all of the usual quirks and traditional style of a title from the east, but the developer has taken time to lovingly replicate the main characters and other elements, from the Future Hill Valley backgrounds and run-down 1985 neighborhoods, to the reproduction of Biff Tannen’s Pleasure Paradise. In the end, its a game that fans of the movies will actually enjoy.

Sadly, it’s not an easy game to get hold of in the west. Local game stores and importers should be able to grab it, and you can find it on eBay, often for a pretty penny. Emulation is another option, of course, but legal issues inevitably ensue there, and thus you may find yourself on the wrong side of the law.

It’s worth trying to pick up a copy if you see one for sale, though. It might be out of its time now, and it might be 30 years too late, but it’s something closer to the kind of video game Back to the Future deserved.

Загрузка...
Back to the Future: The Game Ссылка на основную публикацию 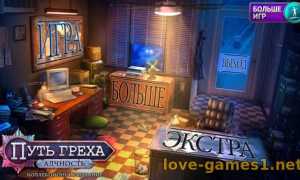 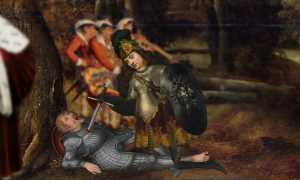 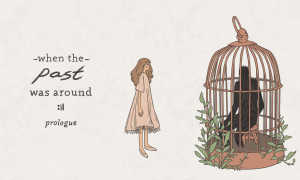