Rin and Alice are in full improv mode, as neither expected to have Iska in their custody at the end of the day at Neutral City. But they do, so they have to deal with it. Even Alice may not be able to protect him from his doom in the Sovereignty’s capital, so they head for Nebulis Province 13, Alcatroz, also known as the Prison Sector.

Risya orders Unit N07 to infiltrate the Sovereignty and rescue Iska as part of the larger plan to capture the Queen. They’ll pass through the border with fake Astral Crests prepared by the research unit. Jhin deftly pantomimes placing a fake crest on Mismis’ hidden real one, hopefully allying suspicion that she’s a real witch…for now.

Once Alice and Rin arrive at Alcatroz’ designated hotel for royals, Rin recommends she stay with the handcuffed prisoner at all times while Alice stays in an adjacent suite. When Iska woke up in the car, he voiced his “disappointment” in Alice, who is clearly hurt by the breach of trust caused by Rin’s meddling.

Rin breaches that trust again, twisting her master’s orders to “take good care” of Iska by cutting her own hand with a fruit knife to serve as an excuse for self-defense when she kills him. It’s clear at this point Rin has gone rogue, believing Alice no longer capable of objectivity. Unfortunately, even a cuffed Iska is able to defend himself from her attacks, and Alice re-enters the room to find the two grappling on the couch and puts an immediate stop to it.

Mismis, Jhin, and Nene successfully pass the border and enter the Prison Sector, where Risya briefly meets up to indicate their next destination, the offshore Ollelugan Prison Tower. But she’s hiding the true nature of her mission when she splits back off from N07. Jhin eventually catches on that their unit may not be here for the explicit reasons Risya stated.

Alice decides to chain herself to Iska (unlike with Rin he’ll be hard-pressed to stop her attacks without his swords), but also turns into a complete airhead when Iska brings up the blatantly glaring question of how the two of them will use the toilet, bathe, and sleep while so connected.

Alice has Rin temporarily disconnect them so she can take a bath, only for that bath to kill even more of her brain cells, such that she comes out of the bathroom butt naked but for a loosely hanging towel. As such, Iska sees the positively massive astral crest on her back, and Alice forgets her modesty altogether, as she’s suddenly primarily concerned with what Iska thinks of both her crest—and her in general.

Iska tells Alice about Mismis (without using her name): his captain and an Imperial soldier who is now a “witch” due to gaining a crest, and how he still respects her regardless of whether she’s a witch or has a crest. He doesn’t place the blame for a century of war on the crests, but due to the ideas and positions that divide them due to their opposite nations of origin.

He’s basically saying he doesn’t consider the crest to be the mark of a witch or devil, and doesn’t fight because of them. As for how he regards Alice, he considers her a “rival on the battlefield”, which is precisely what she wanted to hear: that the two of them are equals in his eyes. Now all she needs to do is strip him down so she can see him naked, and they’ll be even for the night!

As N07 continues their separate infiltration, Risya reaches her destination as laid out by the council: the special cell of Salinger, AKA “The Transcendent Demon”—a ripped but bored-looking bishounen who may just be itching for some action, any action. And since it’s Risya releasing him, he just might fight on her side…for a time. As for me, I’m designating both him and Risya wild cards for now. 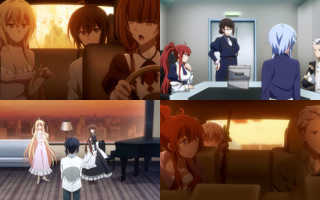 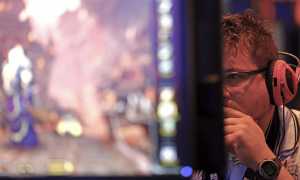 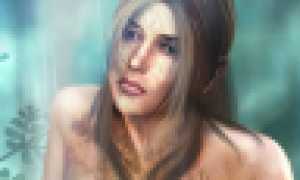